Three Things That Will Help You Understand Natural Hair

Several months ago, a South African school found itself in the media for banning afros among its students. A few days ago, BBC released an article profiling several women who were told that they ought to wear weave to work to look more professional. This week, after suspending two black students with braids, a Massachusetts charter school abolished a long-standing rule that outlawed, among other hairstyles, braids, weaves, and hair “more than two inches in thickness or height.”

And, several weeks ago, Shea Moisture, a line of natural hair products marketed largely to black women, came under fire for featuring white women in an ad about hair hate.

I have had numerous conversations about hair in my lifetime. But the conversations surrounding these hair stories have often been a bit discouraging. I’ve had people ask me what’s so special about my natural hair? Why can’t I just wear it more conservatively? Why do we always have to talk about it? It’s just hair!

As I’ve contemplated these events, I’ve sat down to write this article many, many times. This is not a complete apologetic on black hair care. But I hope this is helpful in spurring on this continuing conversation. Here are three things to help you understand natural black hair.

The reason why I get so many questions about my natural hair is that it is distinct from the societal norm, as well as the societal standard.

As a child, older relatives would talk about “good hair.” Good hair didn’t frizz up, and it wasn’t hard to pull a comb through. It was silky and not coarse. It was the opposite of my hair. Good hair was “white” hair, and my hair was only considered good if it stuck as close to that white standard as humanly possible.

When I first cut off the limp and lifeless remains of my heat-damaged hair, someone told me, “Oh, how sad! You had such beautiful hair for a black woman.”

My hair is “other” because I am “other.” And the way our culture views my hair is not the same. 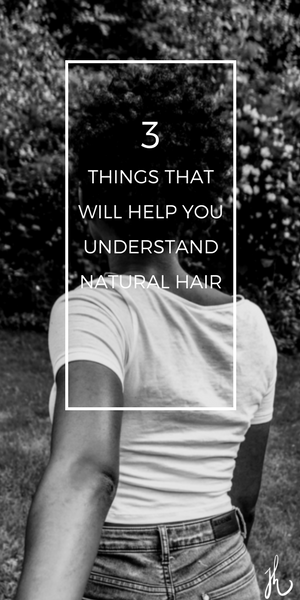 Beauty Standards Are Not Culturally Neutral

“Black girls should tone down their afros at school because it’s distracting. They should braid their hair back so that they look more professional.”

“Black women wear weaves so they can have long, flowing princess hair.”

Buried in all of these statements is the idea that a black woman’s natural hair is only acceptable insofar as it mimics the hair of the majority culture around them. But the acceptance of long, straight hair over a big, bountiful afro is not culturally neutral.

Yes, there are certain professional standards applied across the board for all ethnicities. Many industries don’t encourage men to grow beards. Many schools prohibit hair that is dyed unnatural colors. But having all men shave is not the same as having some women alter their hair to match others. Nor is banning a blue hair choice akin to banning the way a black woman’s natural hair grows out of her scalp.

Our culture made the decision long ago that certain types of hair are more acceptable than other types.

Hair hate is part of the intricate story of what it means to be a black woman in America. It is tied to our history as women who are viewed as less than their white counterparts in every way. It is woven into the fabric of the way society tends to expect black women to conform to majority beauty standards.

As believers, we have the antidote to this foolishness: the unifying truth of the Gospel (Galatians 3:28). And yet, too often, when it comes to empathy, believers can be shockingly lacking. People who are commanded to bear one another’s burdens (Galatians 6:2) can find hair struggles that they can’t relate to just a little too small a burden.

But that hair is connected to the head of women, many of whom are your sister’s in the Lord. And that image-bearer, whether in Christ or not, is told throughout her life that she must alter that image to be culturally acceptable.

When I went natural almost two years ago, I realized just how much of my identity was tied up in my hair. I came to grips with the fact that I needed to redefine “good hair” in my vocabulary. The fact that this journey is unique to my ethnicity doesn’t undermine the struggles of other women; it just casts a spotlight on mine.

Stories like this are not an opportunity to dismiss the unique concerns of black women. They are a chance to affirm their inherent worth as image-bearers. They’re a chance to say that whether a woman has long, silky hair or a big, beautiful afro, that she is worthy of dignity and respect. Her acceptance is based, not on how much she looks like majority culture, but on the fact that she’s made in the image of God.

Don’t miss this opportunity by shrugging your shoulders and saying, “It’s just hair.” It’s so much more than that. 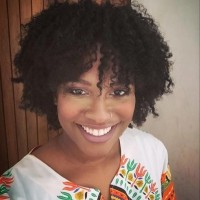